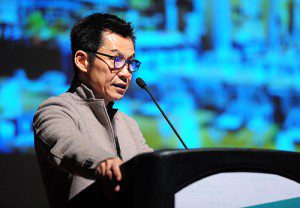 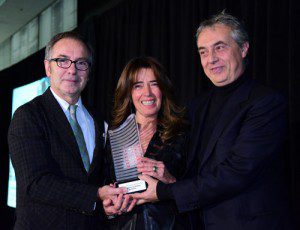 Although the CTBUH International Best Tall Building Awards program is ostensibly centered on a single building type, the diversity in this year’s winning submissions was remarkable. Awards Jury Chair, Mun Summ Wong, Co-Founder, WOHA Architects, shed light on the challenge of selecting this year’s winner, “How do you start to compare a building like Bosco Verticale, which has trees all over it and is just over 100 meters tall, with One World Trade Center – sleek, elegant, poised, and more than five times taller than the former? One is where people live, and the other where they work.”

The jury applauded Bosco Verticale, which translates to “Vertical Forest,” for its extraordinary implementation of vegetation at such scale and height. The building supplants traditional cladding materials with screens of greenery such that the plants act as an extension of the tower’s exterior envelope, creating a distinct microclimate. The building’s intensive “living façade,” incorporating numerous trees and 90+ species of vegetation, is an active interface to the surrounding environment. Along with creating a beautiful appearance, the living green façade concurrently stimulates interaction with the surrounding environment while also protecting against it, in fact enhancing the sustainability of the project. The jury called this exploration of the viability of greenery at such heights groundbreaking.

Bosco Verticale was also the focus of the 2013 International CTBUH Seed Funding Initiative, sponsored by Arup, in which Dr. Elena Giacomello monitored the vegetation of the towers and built a database in support of a new framework for the green design of tall buildings. The findings were published by CTBUH in Vertical Greenery: Evaluating the High-Rise Vegetation of the Bosco Verticale, Milan. 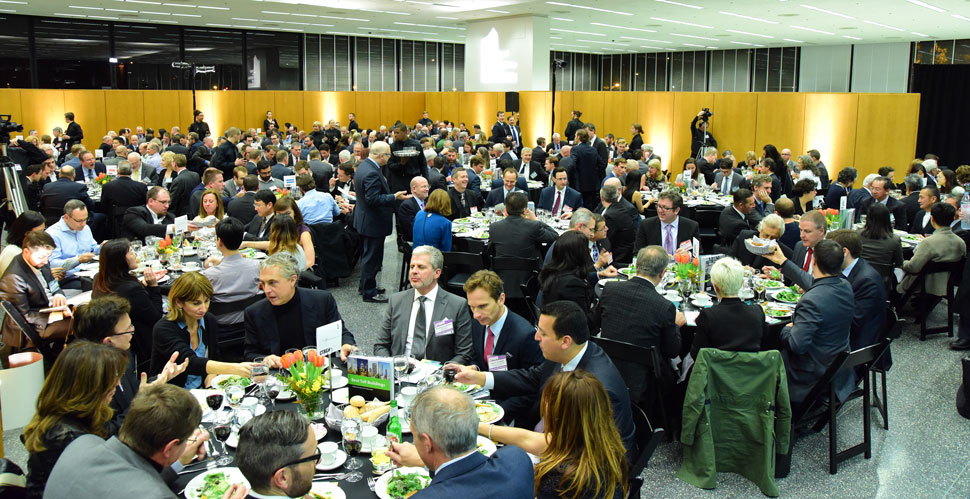 Stefano Boeri, Founding Partner of Boeri Studio Architteti, graciously accepted the award at last night’s ceremony. He offered the audience an inspirational message, saying, “Yesterday I was giving a lecture here [at IIT], and it was very strange because the subject of the lecture was failures. I was trying to think about why architects are not used to talking about their failures – we prefer to hide, to remove our flubs, our fiascos, and our failures. Honestly, the reason we were able to do the Bosco Verticale was because we were able to learn from failures . . . and what I hope is that other attempts will learn from the mistakes we made with the Bosco Verticale.” 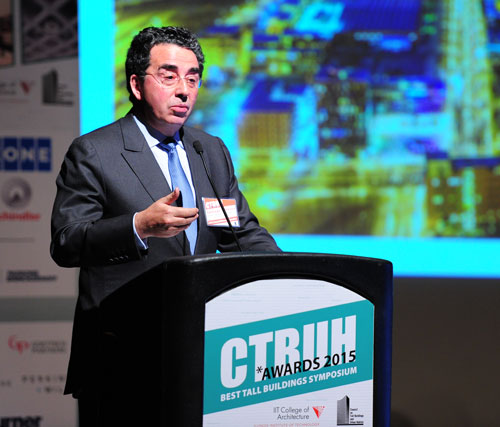 Beyond the grand announcement of the Best Tall Building Worldwide, The CTBUH Awards Jury also recognized numerous other impactful projects throughout the evening. Singapore hotel PARKROYAL on Pickering, for the Urban Habitat Award, which WOHA Architects Co-Founder Richard Hassell accepted. To note, as Mun Summ Wong’s had team worked on the project, he recused himself from the Jury when they deliberated this award. Santiago Calatrava, accepted the 10 Year Award on behalf Santiago Calatrava Architects & Engineers for the Turning Torso in Malmö, Sweden. Sydney’s Chifley Tower won the Performance Award for its exceptional energy efficiency upgrades undertaken in 2008, 16 years after the building’s 1992 completion. Maria Ramirez and Alberto Alarcon accepted the Innovation Award for their company’s coffee concrete slab solution, HOLEDECK®.

The CTBUH Board of Trustees also awarded two special Lifetime Achievement Awards that evening. Mrs. Mori accepted the Lynn S. Beedle Lifetime Achievement Award on behalf of the late Minoru Mori for his transformative impact on the Tokyo skyline, and recited a beautiful acrostic poem. Nicholas E. Billotti, Turner Construction accepted the Fazlur R. Khan Award on behalf of the work he’s done over his 39-year career at Turner Construction. The Board of Trustees also named three new CTBUH Fellows, celebrated for their contribution to the Council over a period of time, and in acknowledgment of their work and knowledge in the design and construction of tall buildings and the urban habitat: William Maibusch, Project Executive, Andersen Construction, Simon Lay, Global lead, Fire & Life Safety Consulting, AECOM and Robert Pratt, Managing Director, Co-Head of Global Design & Construction, Tishman Speyer.

The CTBUH Awards are an independent review of new projects, judged by a prestigious panel of experts. The Awards aspire to provide a more comprehensive and sophisticated view of these important structures, while advocating for improvements in every aspect of performance, including those that have the greatest positive effect on the people who use these buildings and the cities they inhabit. 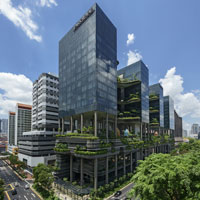 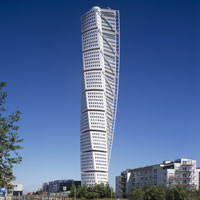 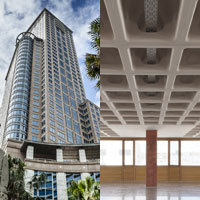 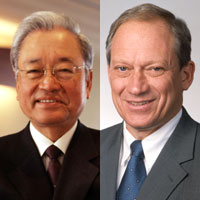 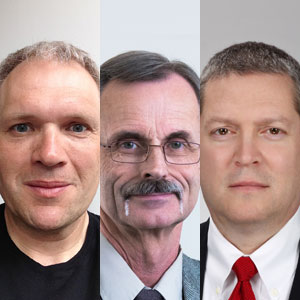