CHICAGO – This week, the Council on Tall Buildings and Urban Habitat announced the winners and finalists of the Performance and Innovation Awards, as part of the 2015 CTBUH Annual Awards. This year’s Performance Award winner goes to Chifley Tower in Australia, and the Innovation Award goes to HOLEDECK®.

The CTBUH Awards are an independent review of projects, judged by a prestigious panel of experts. The Awards aspire to provide a more comprehensive and sophisticated view of these important structures, while advocating for improvements in every aspect of performance, including those that have the greatest positive effect on the people who use these buildings and the cities they inhabit.

CTBUH 14th Annual Awards Symposium, to take place at the Illinois Institute of Technology, Chicago, on November 12. The Symposium itself will feature an exciting series of presentations from the owners and architects of each building. Winners and Finalists will also be featured in the annual CTBUH Best Tall Buildings Book, published in conjunction with Images Publishing and distributed internationally each year.

The Performance Award recognizes the building that has the least environment impact on the urban realm using measured data. It is increasingly being recognized that the industry needs to focus on actual “performance” rather than “best intentions.”

Originally completed in 1992, the Chifley Tower’s core infrastructure dated back to 1980s technology, and it was steadily falling behind its competitors in terms of its performance. In 2008, Chifley Tower began an overhaul of its key building systems and services to deliver vastly improved performance, energy efficiency, and reliability. The target of this project was for the building to achieve a 4.5 star NABERS Energy Rating, which it was able to meet. In fact, the project realized a savings of 55% in electricity consumption, and reduced its greenhouse gas emissions by 55% as well. Chifley Tower was able to achieve this highly complex project in an occupied commercial property over a prolonged period of time, which is a testament to the high standard of project planning and management.

The Technical Awards Jury applauded the efforts to update the energy efficiency of this aging building, both to keep the building competitive with newer structures, as well as addressing critical issues surrounding climate change. “The outcome of the energy upgrade was successful on several fronts – it reduced energy costs for the building owner and their tenants, it reduced greenhouse gas emissions, and repositioned an older building in a very competitive commercial real estate market,” commented Ashok Raiji, CTBUH Technical Awards Juror and Principal and Mechanical Engineer at Arup. “In a sense, the project gave a ‘new and better life’ to an old asset that was growing less competitive in the market place.” 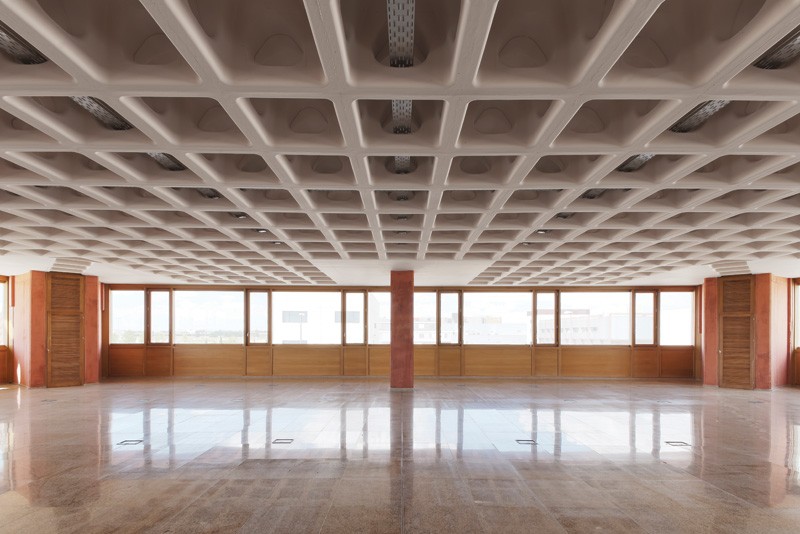 The Innovation Award is focused on one special area of innovation within the design, construction, or operation of the project, not the building overall. This award recognizes a specific area of recent innovation for a tall building application that has been incorporated into the design, or implemented during construction, operation, or refurbishment.

HOLEDECK is a system of voided concrete slabs that can be pierced through their thickness by electrical and plumbing systems, drastically reducing the vertical space needed to house these components. This technology has a multitude of implications for sustainability, especially when it is implemented on the scale of a tall building. By reducing the necessary height of each floor, fewer materials are required to achieve the same floor area as a typical high-rise building. Due to the way that HOLEDECK slabs are designed, the system eliminates the concrete mass that is not working to support shear, thus reducing the overall weight of the structure without compromising its ability to achieve long spans. This results in a reduction of the built volume and concrete consumption, and thus minimizes the carbon footprint of a building project.

The Technical Jury was impressed that this clever, simple innovation in concrete is using existing technologies and improving on them. “HOLEDECK is a simple and elegant way of creating coffer slabs, with holes in the webs. It overcomes one of the main obstacles to the use of coffer slabs, which is that all services usually have to run below the slab rather than in it. It appears to be particularly suitable for light weight long-span floors or where architects and engineers are interested in making better use of the thermal mass of a concrete coffer slab.” noted Technical Awards Jury Chair and Director, Engineering Excellence Group of Laing O’Rourke David Scott. “The jury felt that some of the best innovations come from simple ideas and HOLEDECK could re-energize this form of construction.” 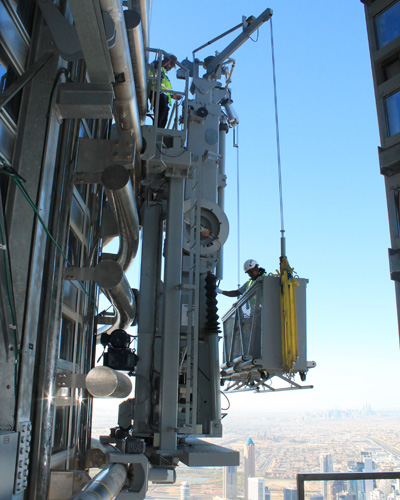 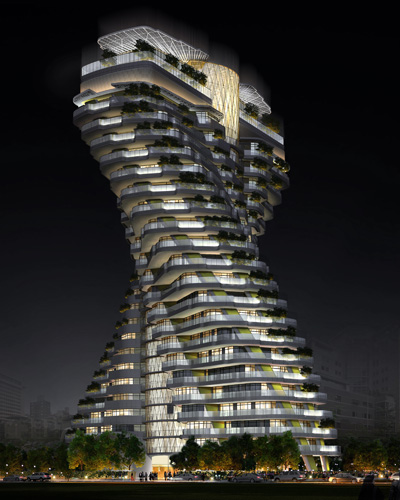