CHICAGO – The Council on Tall Buildings and Urban Habitat (CTBUH) has announced the recipients of its two Lifetime Achievement awards for 2015. 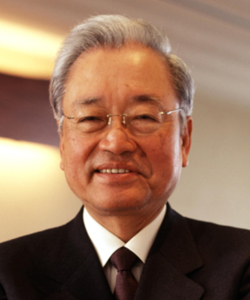 This year the CTBUH Board of Trustees awarded the Lynn S. Beedle Lifetime Achievement Award to the late Minoru Mori, considered to have been one of Japan’s most powerful and influential building developers. Mori’s keystone project was the Roppongi Hills development in Tokyo which opened in 2003, centering on the 54-story Mori Tower. This innovative $4 billion complex effectively transformed a developing neighborhood into one of the city’s most coveted business centers. Minoru Mori is recognized for his contribution to evolving Tokyo’s skyline, and advancing the concept of building tall as a fundamental element of the thriving urban environment.

“There are but a handful of people one encounters in a lifetime who have the ability to shape the world according to their vision. Minoru Mori was such a person. He saw architecture as a stage where the theatre of life would play out. We hope to honor his legacy of the ‘vertical garden city’ – an urban way of life which combines commerce, culture, and the environment – a vision carried on by the important work of Mori Building and by others he inspired.”
– David Malott, CTBUH Chairman, Principal, KPF

The Lynn S. Beedle Lifetime Achievement Award recognizes an individual who has made extraordinary contributions to the advancement of tall building and the urban environment during his or her professional career.

“Always one to provide clever, cost-effective solutions for the best way to building a project, Billotti has invariably served to bridge the gap between design engineers and the construction team. His years in the industry have allowed him to help so many people, all of whom were fortunate to have benefitted from his experience, encouragement, and expertise.”
– Dennis Poon, CTBUH Trustee, Vice-Chairman, Thornton Tomasetti

The Fazlur R. Khan Lifetime Achievement Medal recognizes an individual for his/her demonstrated excellence in technical design and/or research that has made a significant contribution to a discipline(s) for the design of tall buildings and the built urban environment.

All award winners, including the 2015 Best Tall Building Winners and Finalists, will be recognized at the CTBUH 14th Annual Awards Symposium, which will take place at the Illinois Institute of Technology, Chicago, on November 12. The symposium will be followed by the Awards Ceremony and Dinner in the iconic Crown Hall, designed by Mies van der Rohe.