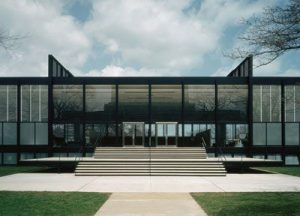 CHICAGO – The CTBUH Awards Symposium, Ceremony, and Dinner returned once again to the campus of the Illinois Institute of Technology on November 3, 2016, featuring a day of informative presentations and discussions, and culminating in an elegant reception and dinner at Mies van der Rohe’s S.R. Crown Hall, where Shanghai Tower, Shanghai, China was named “Best Tall Building Worldwide” by the 2016 CTBUH Awards Jury. The 15th annual Awards event featured iconic buildings from around the world, celebrating their contributions to the advancement of innovative concepts in the skyscraper industry.

The 2016 Awards Jury was chaired by Karl Fender, Director, Fender Katsilidis Architects, who introduced the symposium with some thoughtful ruminations on the current state of high-rise development and the 2016 nominees and finalists. “The Jury this year felt the standard of the finalists and Regional Winners lifted the bar for the awards program,” Fender said. “The buildings exemplified inventiveness and responded to often extremely demanding site constraints with inspiration, while contributing vibrancy to the urban habitat. Of course the demonstration of excellence in sustainable outcomes and technical innovation went without saying.” 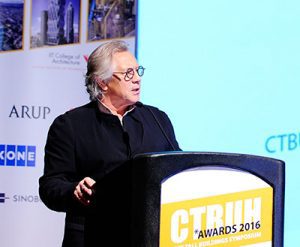 The symposium and dinner were both very exciting, as a new Best Tall Building for 2016 was crowned after a day of insightful presentations encompassing the most noteworthy skyscraper developments of the last year.

The Council broke 2015’s record of 123 nominations, with 132 projects submitted for the 2016 awards, representing a total of 27 countries. Four regional award winners were announced prior to the symposium. Senior representative of each project were invited to give presentations at the symposium, arguing their case in front of the Awards Jury, which then convened to determine an overall winner.

Shanghai Tower, Best Tall Building Asia & Australasia, has quickly reached iconic status by rooting an innovative design scheme in traditional Shanghainese architectural traditions. Building off the concept of shikumen, a vernacular housing style that blends indoor and outdoor space, the structure incorporates stunning multi-story atria within its pioneering double-skin façade. The twisting profile of the tower works in conjunction with its innovative exterior to provide sustainable outcomes, including a 24 percent reduction in wind loading. 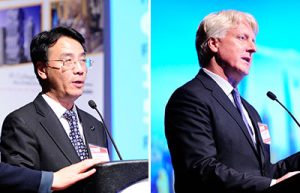 During his presentation, Jianping Gu, General Manager, Shanghai Tower Construction & Development, spoke about the tower’s role in the community: “For tall buildings, it’s difficult to look beyond the height of the building to understand what impacts the city and the future of urban development… we look at this building as a community, as a vertical city and an open urban community.” Ultimately, the Awards Jury was impressed by the tower’s commitment to community and sustainability through innovative design choices. 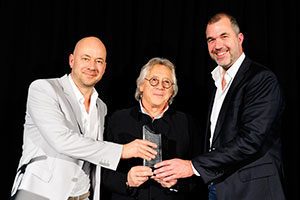 The marriage of functional engineering with rational design choices was a recurring theme of the presentation by Jeroen Schipper and Patrick Meijers, Architect Partners, Orange Architects. Meijers described the role that engineering played in realizing the stacked box design with outdoor balconies: “The simple concept was just like stacking rotated boxes…then the top of the lower apartment could be the terrace for the upper apartment. Just by putting two girders at the end [of the floor plate] and turning it every floor, you have a structural system that is very simple, very powerful, and easy.” The resulting form offers customizable residences befitting the luxury nature of the development. 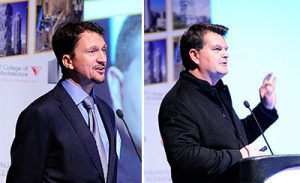 VIA 57 West, winner of the Best Tall Building Americas award, represents an ambitious reconstitution of the traditional residential typology, as a hybrid between the high-rise and the European perimeter block. Its unique design allows the project to achieve an unprecedented level of intimacy in an appropriately dense urban environment, eliciting seemingly disparate yet concurrent feelings of coziness and grandeur. The result is a building that is both inward- and outward-looking, with an inviting interior courtyard and an exposed front that lends sweeping views of the Hudson River to all inhabitants.

A presentation by Alexander Durst, Chief Development Officer, The Durst Organization, and Kai-Uwe Bergmann, Partner, Bjarke Ingels Group, revealed the importance of the interior courtyard to realizing the building’s design philosophy. Bergmann explained: “The courtyard actually becomes this ability to bring that green space into the urban center… What Central Park is at the urban scale, the courtyard is to the building scale. And the courtyard is dimensioned to the same proportions as Central Park, just 13,000 times smaller.” For the second year in a row, the Best Tall Building Americas winner won the audience vote, with 42 percent of the ballots cast.

The White Walls, Nicosia, Cyprus, the Best Tall Building Europe winner, is distinguished by its commitment to an unmistakably Mediterranean typology that blends interior and exterior spaces through the incorporation of abundant greenery across 80 percent of its façade, along with numerous square perforations and other apertures. Notably, the tower features only native flora most suitable for its natural environment. The captivating aesthetic of the plantings is matched by their positive contributions to the environment through carbon dioxide mitigation and oxygen production. 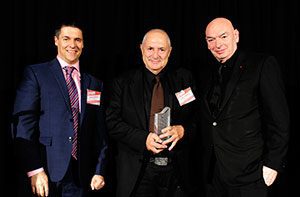 Both Dakis Joannou, Businessman and Collector of Contemporary Arts, Nice Day Developments, and Jean Nouvel, Architect, Ateliers Jean Nouvel, stressed the importance of situational context in the design of White Walls, noting that the building works perfectly for its specific location, but would be less meaningful if it were moved even a block away from its present location. Nouvel took this a step further to remark on the role of typology: “We refined something very close to the traditional typology of Nicosia houses and interpreted this typology at the scale of the high-rise building.” This combination of site specificity and interpretation of typology creates the unique conditions for The White Walls. 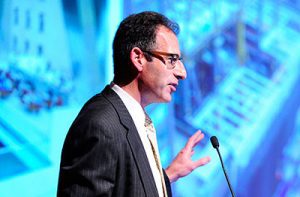 10 Year Award winner Hearst Tower in New York City was built atop the hollowed-out shell of a 1928 landmark building, revolutionizing the way in which architects work with heritage structures. Since its completion, the tower has proven to be remarkably influential, not just for its interpretation of a landmark site, but also for its commitment to sustainable design strategies. Louis Nowikas, Vice President, Hearst Corporation, described the success of the building and its lasting influence, saying: “What’s been a fantastic experience for me with Hearst Tower is that it is built and designed in such a way that it can integrate [new technologies] very easily, and I am looking forward to the next 10 years.”

Since the Urban Habitat Award was inaugurated in 2014, it has gone to tall buildings that have contributed significantly to the urban realm beyond the individual development. While that holds true in 2016, this year’s award winner, Wuhan Tiandi Site A, greatly expands the scope and scale of the award. As an urban regeneration master plan, the site incorporates a number of coordinated developments, transforming a dilapidated district in Wuhan, China into a vibrant metropolitan community that is compact, sustainable, transit-oriented, and pedestrian friendly. The success of the development demonstrates that well-executed master plans are capable of significantly altering the urban dimensions of a space, to the benefit of visitors and occupants alike. 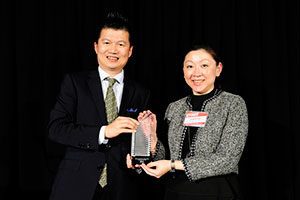 TAIPEI 101 was awarded the 2016 Performance Award for its commitment to continual energy upgrades, raising its performance to new heights, despite its already high standards of efficiency. Speaking about its unprecedented performance, Joseph Chou, Chairman, Taipei Financial Center Corporation, remarked on the positive feedback resulting from leadership in sustainability and the value it provides. By taking a holistic approach to building performance, Taipei 101 has found a way to translate environmental performance into economic performance.

The 2016 Innovation Award was bestowed upon the Pin-Fuse system designed by SOM, which utilizes structural joints and frames designed to slip at pre-set loads to dissipate energy and achieve ductility during seismic events. This deceptively simple system improves building resiliency and allows base structural materials to remain undamaged in the event of an earthquake. 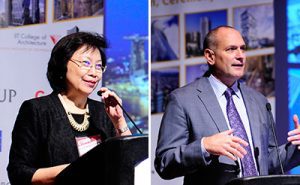 Along with the building and material-related awards, two lifetime achievement honors were bestowed by the CTBUH Board of Trustees. Dr. Cheong Koon Hean, CEO, Housing and Development Board of Singapore, was awarded the Lynn S. Beedle Lifetime Achievement Award for her commitment to shaping the development of Singapore through smart growth and sustainable vertical development. Dr. Cheong spoke elegantly about the long-term process of transforming a city and the tools available to realize a successful urban vision, stressing holistic, long-term strategic planning: “As an architect, it takes me three years to build a building. But as an urban planner, it takes me 30 years to shape a city, so we need a lot of patience and perseverance.”

The Fazlur R. Khan Lifetime Achievement Medal was awarded to Ron Klemencic, Chairman and CEO, Magnusson Klemencic Associates, for his pioneering work in performance-based seismic design and its hugely influential impact on the field of structural engineering. Klemencic shared some thoughts on his work over the years and discussed several inspirational figures from whom he has learned key lessons, coming to the conclusion: “Reflecting on 30 years, the one thing that I’ve learned the most: it’s not about the ‘thing,’ meaning, for me, tall buildings…it’s about the people.”