CHICAGO, USA—The Council on Tall Buildings and Urban Habitat (CTBUH) is pleased to announce the recipients of its two Lifetime Achievement Awards for 2022. This year, the CTBUH Board of Trustees will award the Lynn S. Beedle Lifetime Achievement Award to Peter Wynne Rees, CBE, a City Planning Officer for the City of London whose enormous contributions to urban design and city planning make him a clear choice for the honor. The Fazlur R. Khan Lifetime Achievement Award will be awarded to Hanif Kara, co-founder of the design-engineering practice AKT II, who has achieved mastery in the fields of civil and structural engineering of various projects across the world.

Peter Wynne Rees, CBE, led the planning and regeneration of the world business and financial center as City Planning Officer for the City of London, from 1985 to 2014. He is a founding member and director (1990-2022) of the British Council for Offices and received their President’s Award in 2003 for “presiding over one of the most extensive periods of redevelopment in the City’s long history.” He has lectured internationally, advised developers and cities around the world on urban planning and design and made frequent media appearances on these topics. In 2012 he was awarded an honorary Fellowship of the Royal Institute of British Architects, for his services to architecture and was the subject of a BBC profile on “The Culture Show.” Rees received the 2013 Estates Gazette Award for the Outstanding Contribution to Property and was included in the “Debrett’s 500” list of the most inspiring and influential people in Britain. This was followed by the 2014 Property Award from the College of Estate Management; Honorary Membership of the Architectural Association; and an Honorary Doctorate from London South Bank University. During 2015 he gave keynote presentations and planning advice in Sydney, Glasgow, Tokyo, Helsinki, Antwerp and Hong Kong and was created a CBE in the New Year Honors List “for services to architecture and town planning.” 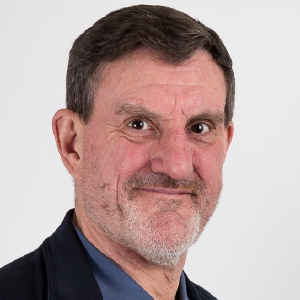 This award recognizes an individual for his or her demonstrated excellence in technical design and/or research that has made a significant contribution to a discipline(s) for the design of tall buildings and the built urban environment. The contribution may be demonstrated in the form of specific technical advances, innovations, design breakthroughs, building systems integration or innovative engineering systems that resulted in a practical design solution and completion of a project(s). The consideration may be based on a single project, or on creative achievement through multiple projects.

Hanif Kara, OBE, is a Ugandan-born, practicing civil and structural engineer and a professor in practice with Harvard University’s Graduate School of Design. He’s a co-founder of the design-engineering practice AKT II (which today employs 350+ people with projects across 50+ countries), and for the past 25+ years has pioneered the company’s ‘interdisciplinary’ ethos. His approach to design, research and publications have together driven AKT II’s unique positioning; the practice has been recognized with 400+ design awards, including supporting four RIBA Stirling Prize wins. The company’s work includes many renowned and unique tall buildings, such as the Central Bank of Iraq in Baghdad and the Generali Headquarters in Milan (with Zaha Hadid Architects), as well as 240 Blackfriars Road in London (with AHMM), and also One Park Drive in London’s Canary Wharf (with Herzog & de Meuron). Hanif Kara is a fellow of the Royal Academy of Engineering, Institution of Structural Engineers and the Institution of Civil Engineering. He was the first structural engineer to be appointed to the UK’s Commission for Architecture and the Built Environment (CABE), and to the steering committee of the global Aga Khan Award for Architecture, and he’s currently an official design advocate for the Mayor of London. He received the UK’s Officer of the Order of the British Empire (OBE) in 2022 for his services to architecture, engineering and education. 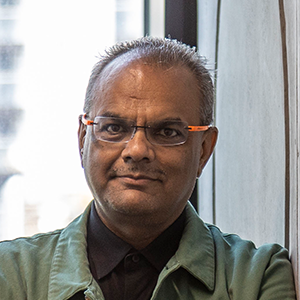